Joy Dennis is a singer/songwriter from Jacksonville, FL who by listening to her grandmother play piano and by participating in several choirs, developed an ear for music at an early age. As years passed on, and with an entrepreneurial spirit in tow, Joy was able to pave her way on to the local music scene through open mic venues and co-produced concert events in the heart of Jacksonville, FL. These events allowed her the opportunity to begin honing her live performances by opening for dozens of popular national acts from Montell Jordan to Jazmine Sullivan.

In 2010, Joy finally turned her very private poetry into her debut R&B/ Soul/ Jazz album, Music Is, which was released in May of that year. The first single from that album was fan favorite He Awaits, followed by the Bessie Smith and Dinah Washington remake, Electric Chair, which paid homage to the blues and jazz mavens. The following year, Joy began polishing the craft of video directing by writing and producing two full length music videos for her singles. Having a background in psychology and social work, Joy wanted to create videos that when viewed simultaneously, reveal an underlying message of Domestic Violence Awareness.

Joy’s passion for social work and community involvement extends far beyond the camera and stage. Joy has remained an active volunteer for community outreach programs such as Habitat for Humanity and events such as the Susan G. Komen Race for the Cure where she’s logged over 25k over the years. She also dedicates her time and talents to the PRI Productions and Dreams Come True annual event, Dream Day, which is dedicated to using the power of a dream to bring hope and joy to EVERY First Coast child battling a life-threatening illness. In addition to volunteering for local non-profits, Joy has evolved into becoming a mentor for aspiring youth vocalists by providing them with vocal training, lessons on stage presence and opportunities to nurture their crafts through open mic events.

Since the release of Music Is, Joy has traveled with and opened for Variety Entertainment’s Funk Fest Concerts which features acts such as Charlie Wilson, Frankie Beverly, Kem, Earth, Wind & Fire, Babyface, Doug E. Fresh, Joe, Ledisi, SWV, Faith Evans and many more.

“The Listening Party is a body of work that continues my musical journey. It’s not just about my life and experiences but about how I have evolved as a woman and an artist. It’s always good to lay a foundation as an artist and stay true to those roots, but I refuse to be stuck in a creative box. So, I decided to explore new ideas, new sounds and new feelings with the help of some fresh and extremely talented additions to my production team. The Listening Party is, in my opinion, the perfect soundtrack and I think there is something on there each of my listeners can appreciate.” – Joy Dennis

A live version of fan favorites He Awaits & Electric Chair from her debut album Music Is, is also featured on this latest release. In addition, there is a completely re-imagined version of her previously released song, Juke Joint, adding a colorful splash of sensual funk to the track-listing.

In 2015, Joy was blessed with the opportunity to perform many of the songs from her then, yet to be released Listening Party album at the 2015 Jacksonville Jazz Festival at the historic Florida Theater where she opened for Fantasia Barrino for the Off-Jazz concert series.

Joy has since released the Listening Party album and is currently preparing to tour the album throughout the U.S. and Europe. In addition, she is preparing for the release of several music videos which are currently in production, to accompany the album. The Listening Party, is now available for streaming and download on all digital music platforms. 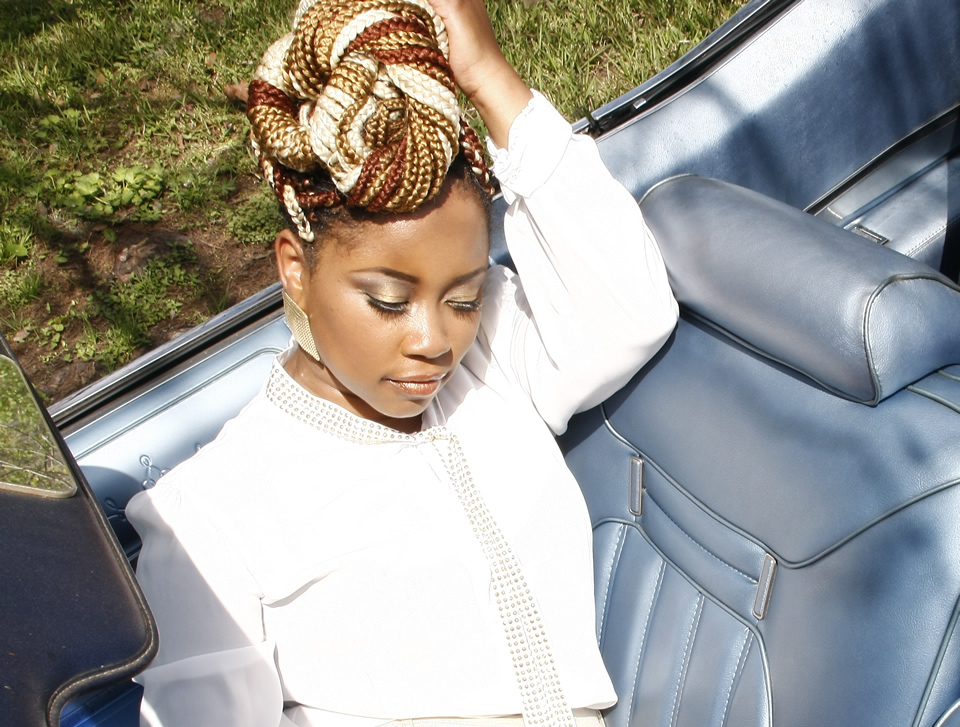